The new custom EVGA GeForce RTX 3090 Ti KINGPIN graphics card features a dual-tone black/silver color scheme and a beautiful OLED panel (that flips up, by the way). EVGA is using a hybrid cooling design, with a huge fan that cools the pure copper heat sink that's joined by a 360mm AIO radiator.

There's a beautiful PCB shot that shows off the updated design that will power the EVGA GeForce RTX 3090 Ti KINGPIN graphics card, with the beautiful gold traces and brand new power management system. EVGA uses a triple BIOS that users will get "Normal", "OC", and "LN2" profiles while PROBEBIT support is also included. This lets users analyze multiple GPU power metrics, all at the same time. 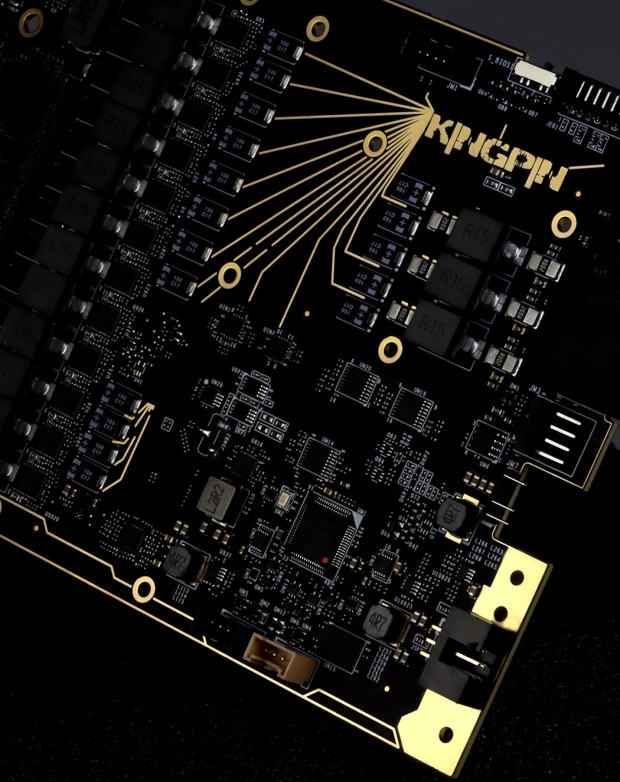 EVGA's super-custom GeForce RTX 3090 Ti KINGPIN graphics card will be capable of drawing up to an insane 1000W of power, especially when it's being chilled by LN2 cooling and being pushed to the limits breaking overclocking world records.

You'll need triple 8-pin PCIe power connectors on the EVGA RTX 3090 Ti KINGPIN, which is a shame considering NVIDIA's own GeForce RTX 3090 Ti Founders Edition is expected to debut with a single PCIe 5.0-ready 16-pin connector capable of pulling up to 600W.

EVGA is expected to unleash its new GeForce RTX 3090 Ti KINGPIN graphics card in March 2022 at the very earliest, and I really doubt there will be many at all, so if you want one... click that 'buy now' button the very second that you can.