After 21 years of waiting, D2's mythical Act 6 could finally be released. 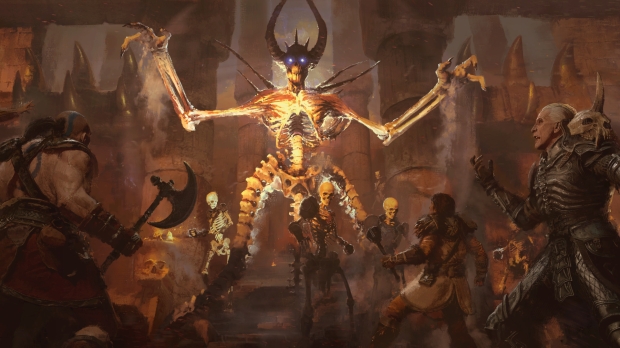 Popular Diablo 2 streamer and speedrunner MrLlamaSC may have accidentally outed plans for a new Act 6 in Diablo 2 Resurrected.

"You want standard of heroes to do something? Well when Act 6...," MrLlama said, quickly realizing what he said on a Twitch live stream and deflecting with: "Yeah...that'd be great if they gave us some sort of way to use it."

Read Also: Diablo 2 gets its first new runeword in 17 years, and it's amazing

Act 6 could be part of a new paid expansion for Diablo 2 Resurrected, something like the 2001 release of Lord of Destruction.

Blizzard is currently releasing new D2 content with Patch 2.4, the first major patch since 2005, including new runewords, character rebalances, and tons of other adjustments.

Patch 2.4 is seen as the beginning of Diablo 2's revitalization and could utilize the standard of heroes item in some way. SoH's are dropped alongside Hellfire Torch charms when defeating the uber brothers during the Pandemonium event...but their exact use remains a mystery. For years gamers have created urban legends and stories around SoH but their true purpose still remains unknown.