NASA has its eyes on space and is constantly looking for anything that may pose as a threat to our little blue planet.

The space agency recently confirmed via an entry in its Center for Near-Earth Object Studies (CNEOS) that an asteroid dubbed 7482 (1994 PC1) will be making its closest approach with Earth on January 18, 2022. The space rock is estimated to be around 3,400 feet wide and will safely zoom past Earth at 47,000 mph and at a distance of five times the distance between the Earth and the moon (1.2 million miles).

BusinessInsider reports that the 1994 PC1 is around half a mile wide, which is around the size of the Empire State Building in New York. Due to its size and its "close" approach with Earth, NASA is tracking the whereabouts of the space rock and has recently announced that you can join in on the tracking as well by heading over to the NASA Eyes website. Additionally, the space agency explains that asteroid 1994 PC1 is "very well known and has been studied for decades by planetary our defense experts".

Track the asteroid on the NASA Eyes website here. 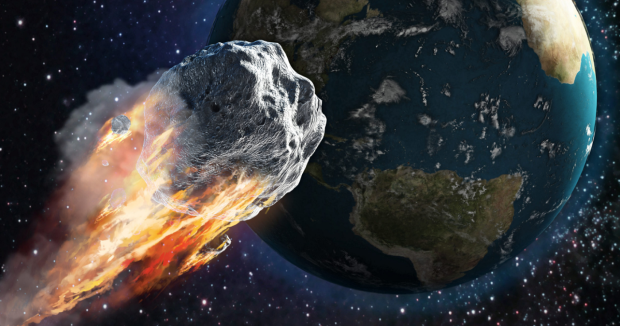