There are numerous asteroids floating about in space, and one in particular that is reasonably large will be making its approach with Earth soon.

All Near-Earth-Objects (NEO) are tracked by the Center for Near-Earth Object Studies (CNEOS), which is managed by NASA's Jet Propulsion Laboratory located in California. According to the database, an asteroid named 7482 (1994 PC1) will be making its closest approach with Earth next week on January 18 2022 at 4.51 p.m ET. The 3,400-foot-wide object will safely pass by Earth at five times the distance between Earth and the Moon (1.2 million miles).

1994 PC1 will be passing Earth at a ridiculous speed of 47,000 mph, and according to EarthSky, this safe passing of the asteroid will be its closest approach for the next 200 years. It should be noted that NASA considers any asteroid or comet that comes within 120.9 million miles as a Near-Earth-Object, per a mandate from Congress that required the agency to locate all NEOs 460 feet and larger by the end of 2020.

While NASA hasn't completed that request by Congress, it has confidently said that a catastrophic asteroid won't impact Earth for at least the next 100 years. 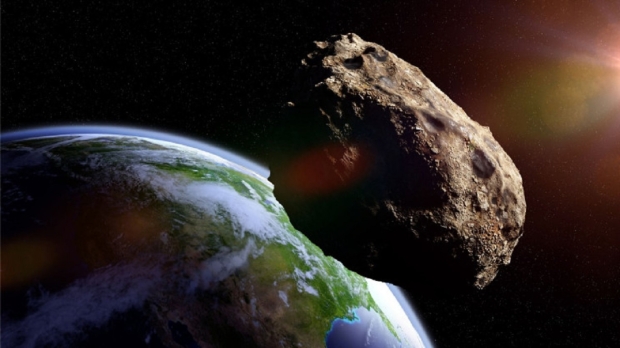