SpaceX CEO Elon Musk shared a video showcasing the "launch & catch tower" located at the Starbase facility located in Texas. The launch and catch tower will be used for launching the massive Starship rocket that's expected to be able to send 100 tons of weight into space and then catching it with its chopstick prongs when it returns back down for Earth. Musk has called the entire large structure "Mechazilla".

The tower is necessary for SpaceX to place the 160-foot-tall ship on top of the next-generation booster dubbed Super Heavy, combined the entire structure stands at around 400 feet tall. Super Heavy will be a big step in the space exploration and transportation industry as it will be the first project that may allow humans to walk on the surface of Mars. If you are interested in reading more about this story, check out this link here. 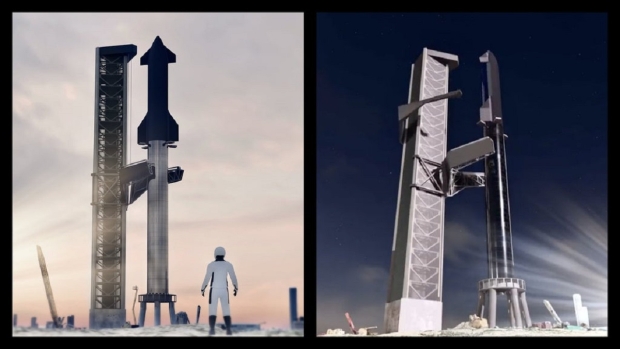