NASA's James Webb Space Telescope is moving into a new period of its unfolding process that will gear it up for operations, but what if it gets hit with a piece of space debris?

The James Webb Telescope will be orbiting the Sun the same as Earth does, and as Earth experiences shooting stars or meteorites, the James Webb Space Telescope will likely encounter micrometeorites that may damage the observatory. During a livestream over the weekend, NASA Goddard Space Flight Center scientist Michelle Thaller explained that the agency took into account the likelihood of the observatory being impacted by space debris, and said that these impacts might damage the large mirrors.

Julie Van Campen, a NASA engineer, explained that if a micrometeorite was to damage and break one of Webb's large mirrors, there isn't much that can be done about it, saying, "What you see is what you get". However, if the observatory's large protective sunshield was hit with a micrometeorite, tearing the first layer, there would still be four more layers of protection in space.

The NASA experts note that the location the JWST is going to be situated in is a "cleaner place when it comes to space junk", and that "it's actually a very nice place to be". Additionally, Van Campen said that the chances of the observatory being destroyed by space junk "was part of our lifetime calculations", which NASA expects to be at least ten years for the JWST.

Read more: James Webb Space Telescope closes in on destination, but why there? 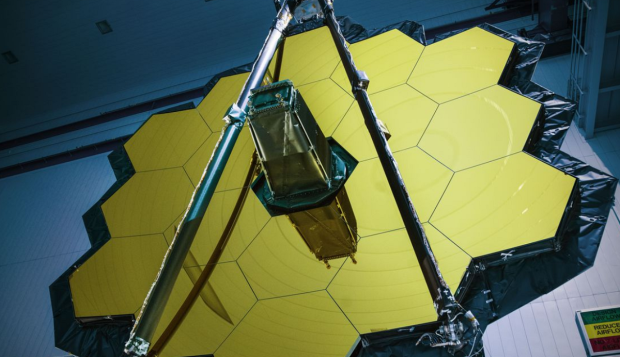