NASA has been rolling out the public updates for the development of the James Webb Space Telescope (JWST), and now the space agency has released another.

NASA has taken to its blog and social channels to announce that at 1:17 on EST, January 8, 2022, the James Webb Space Telescope completed all of its large-scale deployments. The space agency writes that the primary mirror, secondary mirror tripod, and both primary mirror wings for the space observatory have successfully been deployed, meaning that the space telescope is "structurally fully deployed".

NASA's official James Webb Space Telescope Twitter account states that the Webb team has successfully completed 50 major deployments of the observatory, bringing 20+ years of painstaking work to fruition. So, now that the observatory's structure has been fully deployed, what's next for the Webb team? NASA writes that it will be beginning the three-month process of aligning all of Webb's telescope optics into a "precise system".

John Durning, Webb's deputy project manager at NASA's Goddard Space Flight Center, spoke to reporters on January 8 and said that Webb team members will spend the next 15 days aligning the 18 mirror segments into "essentially perform as one mirror".

"I should say also, that Webb will start turning on the instruments in the next week or so. And then after we get into L2, as the instruments get cold enough, they [engineers] are going to be starting to turn on all the various instruments," added Durning. 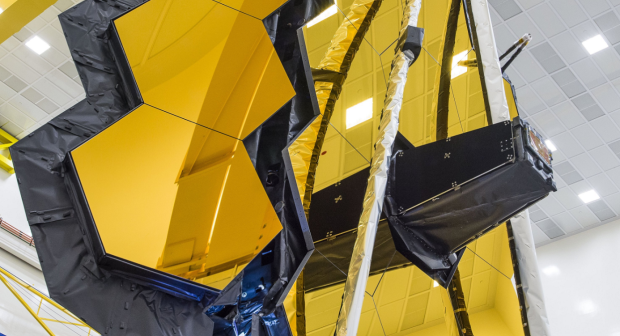