If you haven't seen The Matrix Resurrections by now, you're probably not the only one as it seems most people didn't since the movie has bombed at the box office -- especially up against Spider-Man: No Way Home, which has made over $1 billion so far. 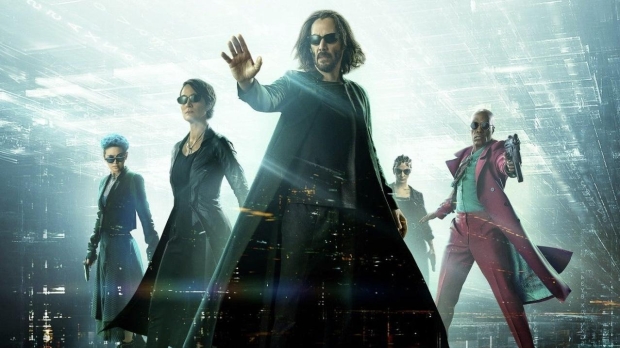 In a new interview with Matrix Resurrections producer James McTeigue, we find out that there will be no Matrix 5 -- The Matrix Resurrections was the love letter to the original trilogy -- which is very, very unfortunate. Now, this is where there'll be mild spoilers: but the movie doesn't end neatly tied up.

At the end, there is unlimited potential -- hell, there's unlimited potential from the start, it suffers from bad writing, uneven performances, lackluster fights, and so much more -- for there to be many, many more Matrix movies. In a new interview with Collider, McTeigue says that even though The Matrix Resurrections' ending is open-ended... there are no plans for The Matrix 5... or any continuation from Resurrections.

"When Neo and Trinity are there at the end, and they're talking with the analyst, what do they actually mean that they're going to change? So I think that it's out there, but it's not in our wheelhouse at the moment".

This isn't just by Matrix Resurrections producer James McTeigue, but also by Matrix Resurrections director herself (and himself, during the original Matrix trilogy) Lana Wachowski, who have both said there's no plans for a fifth Matrix film. I find that incredibly hard to believe, that all of this effort after almost 20 years of the franchise being shelved -- and so many issues with WB milking the Matrix franchise since (Enter The Matrix, etc) -- that this... this is all we get.

There are some great parts in the movie, but it really falls flat across the board -- especially if you've just watched the original Matrix and then tuned into Resurrections... it's quite jarring... at how good the original movie is above Resurrections.