NVIDIA has partnered with Warner Bros. Pictures on something truly magnificent: some one-of-a-kind custom gaming PCs that are being given away, with the very latest GeForce RTX GPUs and Matrix-themed builds. 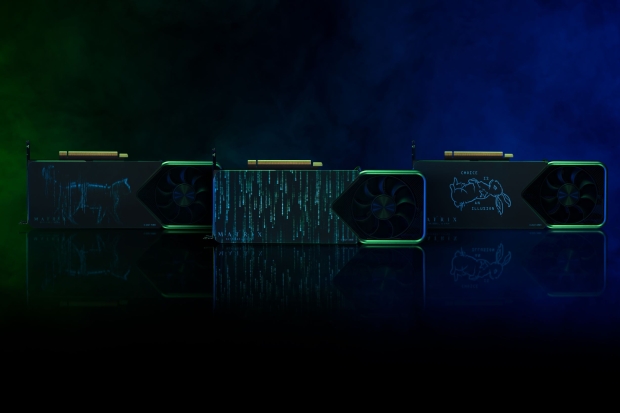 The modded PCs are fully watercooled and customized, overclocked, and ready to give the red pill to any game you throw at it. The Matrix Resurrections debuts in US theaters and on HBO Max on December 22 and is the big reason why NVIDIA and WB have teamed up on this huge giveaway.

Don't fret, because if you don't win one of the Matrix-themed custom gaming PCs then NVIDIA is giving away 5 extremely rare custom The Matrix Resurrections GPU backplates that can be attached to NVIDIA's GeForce RTX 3080 Ti -- or alternatively, you could have them sitting up on your shelf (that's what I'd do).

As for the giveaway, it runs from December 14 to December 22 while on NVIDIA's own social channels they'll be showing off the unique builds and custom The Matrix Resurrections GPU backplates. 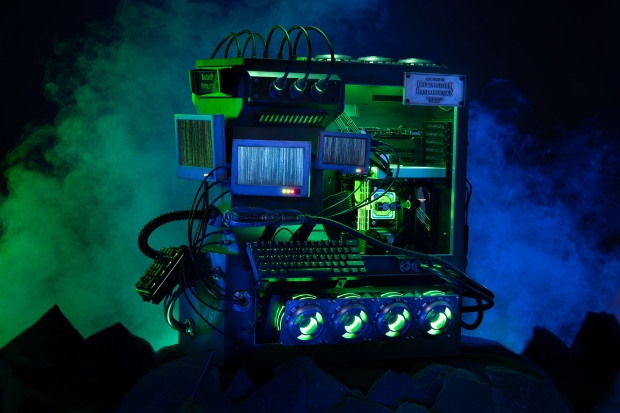 Stefan Ulrich is a full-time artist from Germany currently living in Michigan. Under the name RandomDesign, he has specialized in case mods and prop making since 2014. For him case modding has become more than a hobby, it's his passion and way of bringing something fantastic to everyday life.

For this project, Stefan was paired up with Digital Storm. Together they wanted to create a PC that looked lived-in and had experience in the Matrix universe, as if Morpheus' crew themselves found an abandoned Digital Storm Aventum and modified it with everything needed to broadcast into the Matrix. 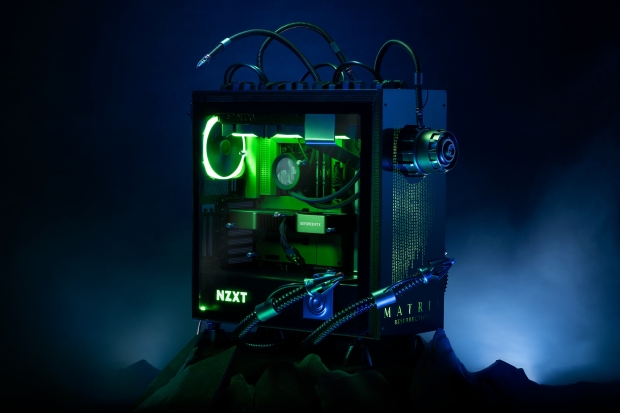 Dave Cathey or Insolent Gnome has been tearing cases apart since 2014 and has several modding contest podium finishes under his belt. By day, he runs a fiberglass repair business in the Midwest and he's been using that knowledge to combine old school modding techniques and new composites into unique builds.

Partnering with NZXT, together they designed an H710i inspired by the Nebuchadnezzar. On the outside, several Sentinel arms wrap around the case offering the user their own choice between the red or blue pill, while multiple nods to franchise on display inside- from the mysterious white rabbit that starts Neo's journey adorned on the Kraken's display to the mirrored cable bar representative of the reflective ripple effect after taking the red pill. 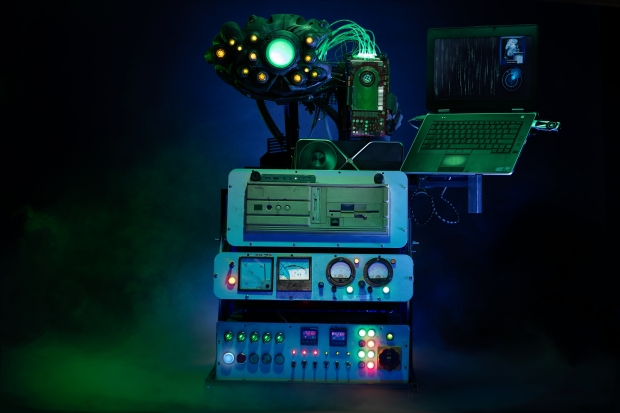 Staszek "Tips" Wiertelak is a professional modder who has been working with GeForce Garage since 2015.

Tips' creation for this project is a broadcast station jury-rigged to emit a pirate signal that impersonates a hacked sentinel. While the entire build itself is interactive, the computer case itself can be easily removed from the system and used as a stand-alone machine.