If you own a PlayStation 5 or Xbox Series X/S console, you truly owe it to yourself to download The Matrix Awakens experience, an Unreal Engine 5-powered masterpiece. A truly exciting tease at the future of gaming. Check it out:

The video above is new and is an awesome comparison between the Unreal Engine 5-powered The Matrix Awakens experience, and the 1999 film The Matrix. The folks at Epic Games collaborated with the makers of the upcoming The Matrix Resurrections, with SideFX, Evil Eye Pictures, The Coalition, WetaFX (formerly Weta Digital), and many others.

The comparison shows us just how good the work put into The Matrix Awakens is, and how truly next-gen Epic Games' Unreal Engine 5 and its various technologies are. On top of that, it shows the true need of next-gen consoles -- and not just a fast CPU and GPU -- but a wicked-fast PCIe 4.0-enabled SSD.

The Matrix Resurrections director Lana Wachowski explains The Matrix Awakens Unreal Engine 5 experience: "When I told them I was making another Matrix film, they suggested I come and play in the Epic sandbox".

"I imagine the first company to build an actual Matrix-a fully immersive, persistent world-will be a game company and Epic is certainly paving the way there. It's mind-boggling how far games have come in twenty years. Keanu, Carrie, and I had a blast making this demo. The Epic sandbox is pretty special because they love experimenting and dreaming big. Whatever the future of cinematic storytelling, Epic will play no small part in its evolution". 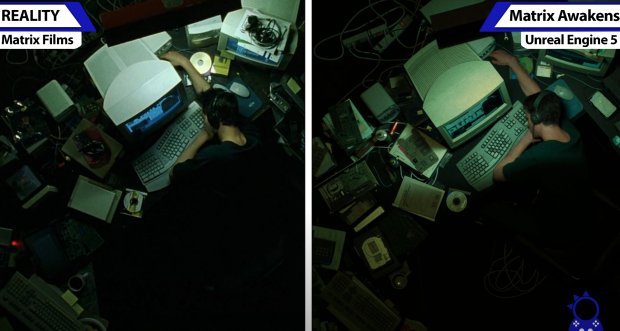 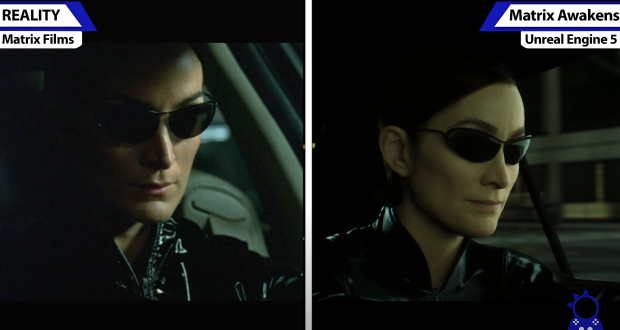 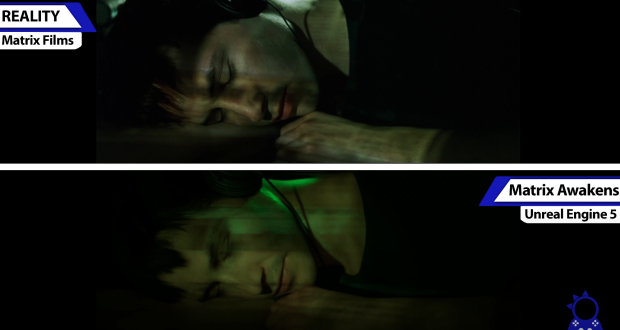 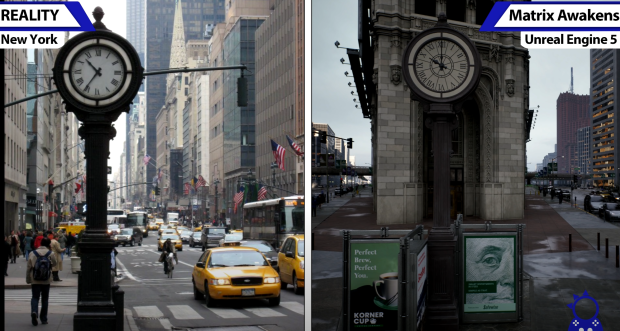