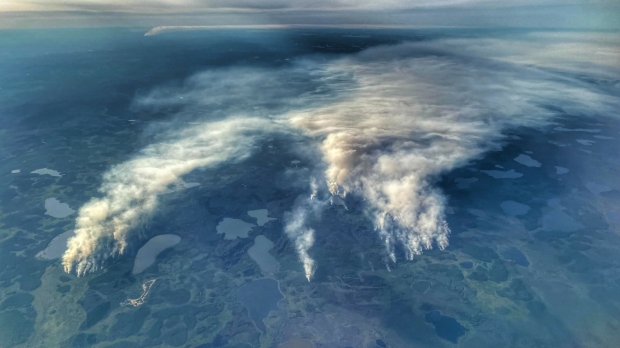 The temperature was recorded in the town of Verkhoyansk in Siberia in 2020, reaching 100 degrees Fahrenheit (38 degrees Celsius). The region's meteorological station measured this temperature at the peak of an extended heatwave during a summer where temperatures averaged up to 18 F (10 C) higher than usual. The UN WMO verified the record in a new report.

''This new Arctic record is one of a series of observations reported to the WMO Archive of Weather and Climate Extremes that sound the alarm bells about our changing climate,'' said WMO secretary-general Petteri Taalas.

Verkhoyansk lies about 71 miles (115 kilometers) north of the Arctic Circle, the line of latitude 66.5 degrees north of the equator. The WMO cites the heatwave as a key factor fueling the recent wildfires that have ravaged Siberia, in addition to driving massive sea ice loss and helping to make 2020 one of the three warmest years recorded.

"Fundamentally, this investigation highlights the increasing temperatures occurring for a climatically important region of the world. Through continued monitoring and assessment of temperature extremes, we can remain knowledgeable about the changes occurring in this critical region of the world, the polar Arctic," said Professor Randall Cerveny, Rapporteur of Climate and Weather Extremes for WMO.