Comet Leonard will be passing safely by Earth at a distance of 21 million miles, and it's currently at its closest point to Earth before it makes its way closer to the Sun. 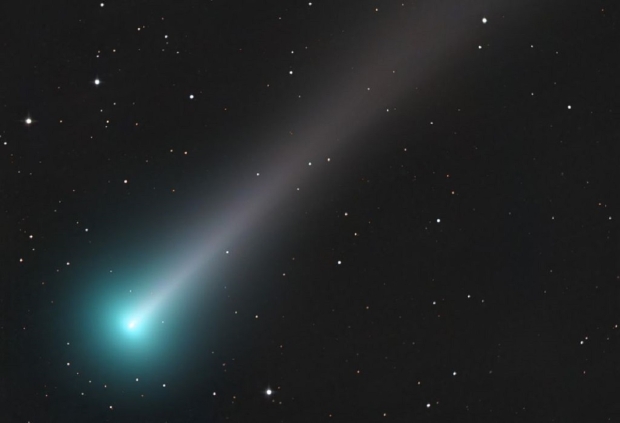 What is expected to be the brightest comet of 2021, Come Leonard, or Comet C/2021, is currently at its closest point to Earth at a safe distance of 21 million miles. The comet was first discovered by Gregory J. Leonard in January 2021, and after observing the comet more, the researchers discovered it has an extremely elliptical orbit around the Sun that takes around 80,000 years to complete. After Leonard passes Earth, it will be ejected out of the solar system for millions of years.

NASA's viewing guide states that there will be a window of opportunity to spot the comet, and that window began on December 9 as the comet moved close to Earth, gaining in brightness. NASA writes that Leonard is expected to reach its maximum peak brightness on December 12 when it's closest to the Earth, with the evenings and mornings of December 13 or 14 being best for viewing.

NASA recommends a pair of binoculars for viewing, as attempting to view Leonard with the unaided eye may be difficult depending on your location and weather conditions. To see Leonard look just below the Bigger Dipper constellation and the star Arcturus in the morning or the evening.

Read more: 'Something is wrong' with the best comet of 2021, it's acting weird

Read more: Comet that no one alive will ever see again photographed passing Earth