Seeing Comet Leonard is quite literally a once-in-a-lifetime experience as it won't be returning to our solar system for tens of thousands of years. 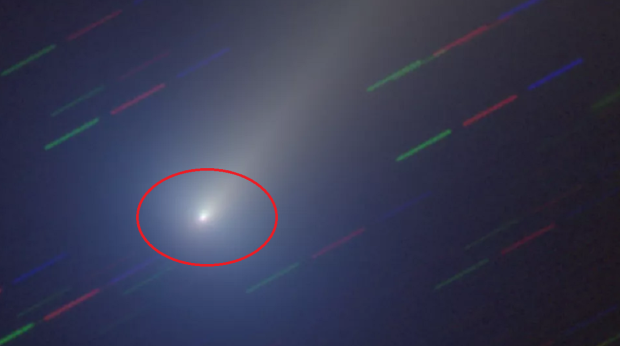 As I previously report, Comet Leonard will be making its closest approach to Earth on December 12, 2021, where it will be 22 million miles away from Earth, which is about 90 times the distance between Earth and the Moon. As December 12 approaches Comet Leonard is moving closer to the Sun, which usually means that it will appear brighter to observers as the Sun's rays are melting the ice ball more intensely, which then creates more vapor. However, Leonard isn't doing that.

According to a report from Space.com, researchers noticed in late November that Leonard wasn't getting brighter, it was actually dimming. The publication reports that based on what astronomers know after studying past comets, there are multiple answers to why its dimming, the first being the comet has broken a part and is splitting up as it journeying closer to the Sun. Ultimately, researchers aren't sure why Leonard is dimming, but hypotheses are flying!

"It's not great news. The comet should be brighter and brighter. If it's not getting brighter then something's wrong, but we don't know exactly what at this stage." said Quanzhi Ye, an astronomer at the University of Maryland who specializes in comets who spoke to Space.com

"Why it's fading, there are all kinds of hypotheses. The simplest and the most obvious one is something unhealthy is happening to the comet. The images I've seen from this morning [Dec. 7], the comet still seems to be OK - morphologically it looks fine. But the intrinsically fading trend is still continuing. Time will tell, we don't know at this point."" said Ye.