The shit-flinging match between Intel, Samsung, and TSMC is getting hot -- with Taiwan Semiconductor Manufacturing Company (TSMC) founder Morris Chang having some not-so-nice words to say about Intel's new CEO, Pat Gelsinger.

In some recent comments, the Intel CEO said that Taiwan's geopolitical environment isn't good for the semiconductor industry, given that China has been threatening Taiwan for quite a while now. During the Fortune Business Brainstorm Technology conference, Gelsinger said that the Taiwan situation made the area risky for chip fabrication.

Gelsinger said: "As I was flying down here yesterday, the Wall Street Journal reported that there were 27 Chinese planes in Taiwan airspace yesterday. How do you feel about having your sole source foundry capability in Taiwan right now? I mean, this is a geopolitical risk. And as we've argued since the beginning of my 10-year, the world needs a more resilient, geopolitically balanced supply chain. So we're seeing a lot of enthusiasm to support us moving into that market".

TSMC chairman Dr. Mark Liu wasn't happy at the time and said Gelsinger and his company (Intel) and the opinion of their CEO wasn't shared by the majority of his company. After Liu made his comments, now we've got TSMC founder Mr. Morris Chang saying that the Intel CEO should focus on TSMC's weakest areas if it's competing with the company.

The TSMC founder also said he met with now Intel CEO Pat Gelsinger back in 2015, and was impressed with how Gelsinger was able to explain his company's history in just 15 minutes -- when he was the boss of cloud computing giant VMWare. Mr. Chang noted that Gelsinger had much nostalgia for Intel's past, and was shocked at how rude Gelsinger is now was being to TSMC. 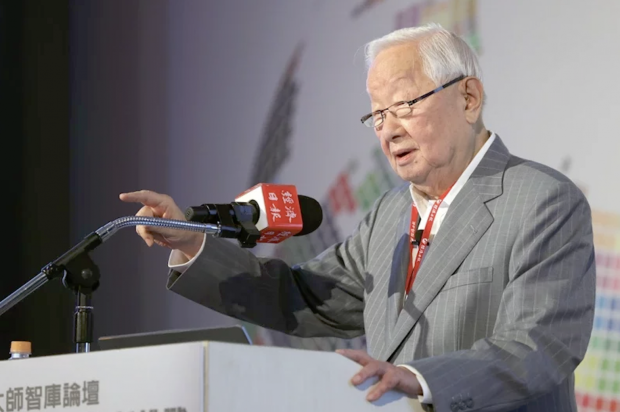 Not just that, but Mr. Chang believes Gelsinger's recent shade thrown at TSMC is because Intel is wanting to get more government subsidies for their big return into being dominant again in manufacturing. Mr. Chang pointed out that Intel's own rules are that a CEO has to retire once they turn 65 years old.

Gelsinger will be too old to be the CEO of Intel at the time that his company will be making its largest turnaround -- probably ever -- especially with Gelsinger making important decisions already that are turning the Big Blue Ship that is Intel.