AMD will be introducing its next-gen CDNA 2-based Instinct MI200 series cards in the coming months, with some more news on the Instinct MI210 with a single graphics compute die.

This is according to George Markomanolis, an Engineer working on the upcoming LUMI supercomputer & lead HPC scientist at CSC, who got remote access to the AMD Instinct MI210. The single GCD (graphics compute die) features 104 of the 128 CUs that the full Aldebaran GPU packs with 6656 stream processors, while the higher-end MI250X features 110 CUs per GPU die for a total of 7040 stream processors. 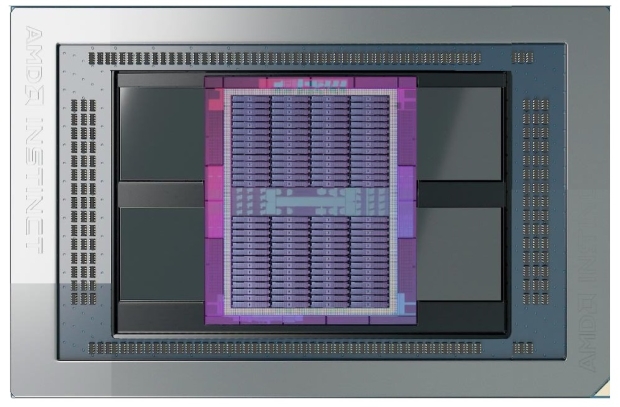 The first MCM technology is now here in the form of the codename Aldebaran GPU, offering up 2 x GPU chiplets and an enormous 128GB of ultra-fast HBM2e memory. There's an incredible amount of GPU horsepower, memory bandwidth, and so much more going on inside of the AMD Instinct MI200.

Inside, the new Aldebaran GPU has two dies: one secondary, and one primary. Each of the GPU dies has 8 Shader Engines each, for a total of 16 Shader Engines while each of the Shader Engines has 16 Compute Units with full-rate FP64, packed FP32, and 2nd Generation Matrix Engine for FP16 and BF16 operations. 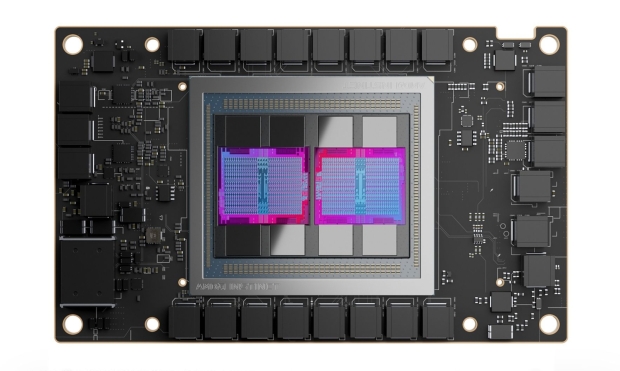 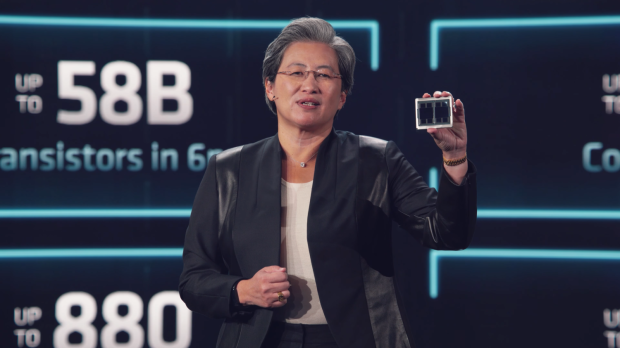 There are 8 stacks in total so 8 x 16GB = 128GB of ultra-fast HBM2e memory on the Aldebaran-based AMD Instinct MI200. NVIDIA doesn't come close to this, with their A100 featuring a total of 80GB of HBM2e memory -- while the Aldebaran-based AMD Instinct MI200 has a huge 3.2TB/sec of memory bandwidth... NVIDIA can't compete with that, as the A100 only has 2TB/sec of memory bandwidth. 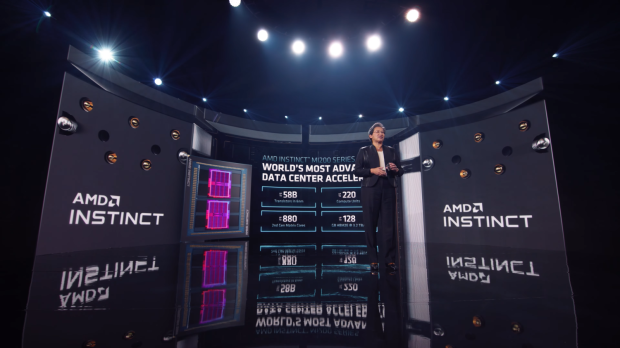 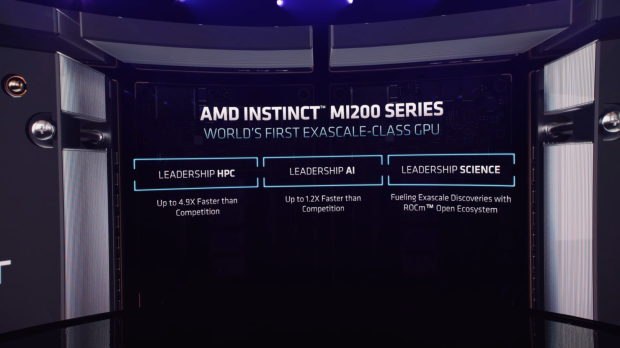 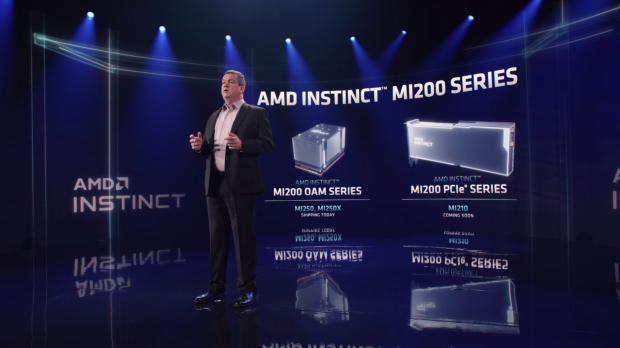 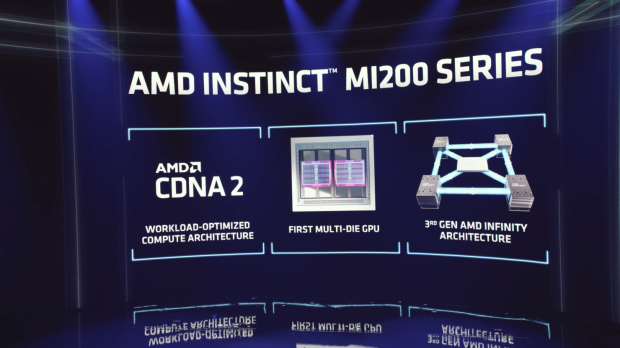 Performance-wise, NVIDIA shouldn't be taking this lightly -- AMD has multiple record wins with the Instinct MI200 in the HPC market over NVIDIA's flagship A100. There's up to 3x+ performance gains on the MI200 over the A100, which is mighty, mighty impressive.

AMD will be offering its Aldebaran GPU in 3 different configurations: 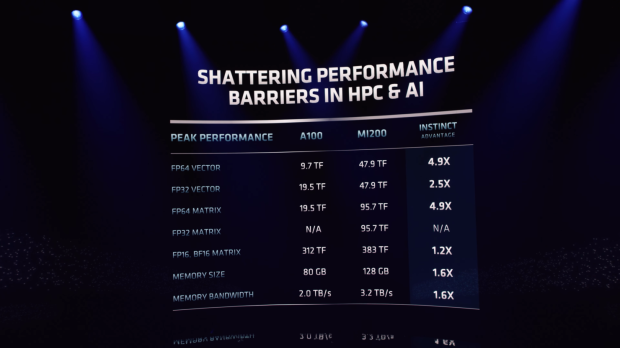 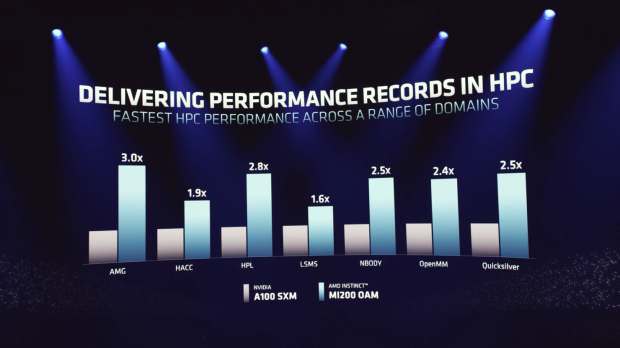 "With key innovations in architecture, packaging and system design, the AMD Instinct MI200 series accelerators are the most advanced data center GPUs ever, providing exceptional performance for supercomputers and data centers to solve the world's most complex problems".