Many people missed out on the only total solar eclipse for 2021, but an observatory located one million miles out in deep space certainly didn't.

The only total solar eclipse for 2021 was only visible to those that were in Antarctica or in the Southern Ocean on Saturday, December 4. If you were located anywhere else you would have only seen a partial solar eclipse, or nothing at all. The remote locations to see the totallity of the solar eclipse didn't stop some resaerchers and photographers, who ventured out to the Union Glacier to take these photographs.

The photographers stationed on Union Glacier weren't the only cameras involved in the event, as NOAA's Deep Space Climate Observatory (DISCOVR) that's located 950,000 miles away from Earth in deep space had its camera pointed at the planet. The observatory was tracking the shadow of the solar eclipse as it passed over Earth and snapped an image using the Earth Polychromatic Imaging Camera (EPIC) built by NASA.

"The EPIC instrument on the DSCOVR spacecraft captured the eclipse's umbra, the dark, inner shadow of planet Earth. Shaped like a cone extending into space, it has a circular cross section most easily seen during an eclipse," NASA officials wrote. 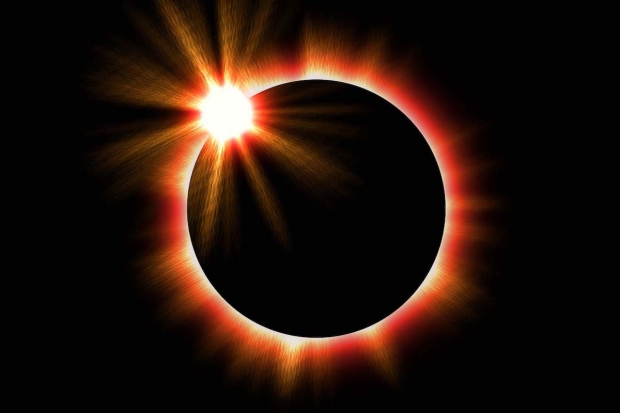