The only solar eclipse to happen for 2021 recently occurred, but unfortunately, the totality was only visible in Antarctica and the Southern Ocean.

The extreme conditions of Antarctica didn't stop some photographers and scientists that were determined to see the total solar eclipse, and to everyone else's enjoyment, they have shared video footage of the event. The footage, which is about 1 minute in length, showcases a stunning time-lapse view of the Sun reappearing and disappearing, with only a few seconds of totality. If you find the video too fast, you can slow in down in the settings, which can be found in the bottom right-hand corner of the video.

The video was captured from Union Glacier on Saturday, December 4, by the JM Pasachoff Antarctic Expedition, who also live-streamed the event. The reason the total solar eclipse was only visible at certain locations on Earth is due to the Moon's shadow being very narrow. Antarctica was the best viewing angle of the total solar eclipse, while places such as Australia, New Zealand, Argentina, and South Africa could only see a partial eclipse.

The next total solar eclipse is expected for April 20, 2023, and will be visible over south and east Asia. 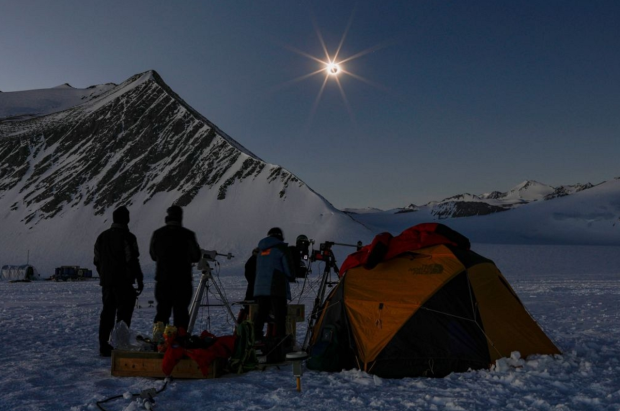