The International Space Station (ISS) is a fantastic vantage point for observing Earth, and recently astronauts aboard the station were left in awe at 2021's only total solar eclipse.

NASA has posted images to its "NASA Astronauts" Twitter account with a caption explaining that the Expedition 55 crew was able to view the total solar eclipse that happened on Saturday, December 4 at 2 a.m. EST (0700 GMT). Seven astronauts squeezed into the cupola, a large glass panoramic viewing dome, to see the phenomenon. NASA astronauts Kayla Barron described the event as "an incredible sight to behold."

A total solar eclipse happens when the Moon passes directly in front of the Sun from a viewer's perspective. The recent solar eclipse wasn't viewable for most people as the best angle to view its totality was in Antarctica, and while this didn't stop some photographers and scientists, it did mean most people missed it. The next total solar eclipse isn't expected to happen until April 20, 2023, and will be mostly viewable over Asia. 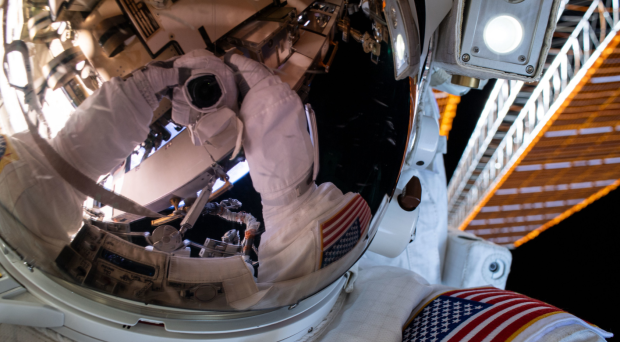