NASA is currently preparing to launch its Double Asteroid Redirection Test (DART) mission that will send a spacecraft directly into an asteroid in an attempt to change the asteroid's orbit. 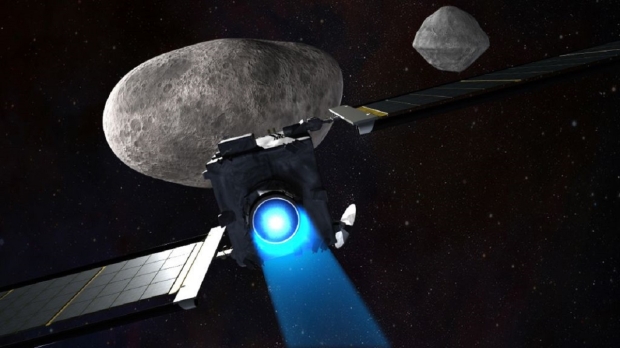 NASA is planning on launching its DART spacecraft from the Vandenberg Space Force Base in California at 1:20 a.m. EST (0620 GMT) on Wednesday, Nov. 24. The idea behind the mission is to test planetary defense technologies in case they need to be used when a real threat reveals itself. The DART spacecraft will travel for ten months towards the asteroid named Dimorphos, where it will then collide with it at 15,000 mph.

Betsy Congdon, DART mechanical systems engineer, said during a news conference on Sunday that the last hour of the spacecraft's trip towards the asteroid will be the most vital part of the mission as the navigation instrument that DART is carrying, called DRACO that will need to begin angling the spacecraft towards Dimorphos when the asteroid will only be 1.4 pixels wide in the field of view. As the spacecraft continues to approach Dimorphos, it will have a better idea of the shape of the asteroid, and thus an easier time to navigate.

However, the last hour of this mission is critical to get right, despite how straightforward the mission sounds. As DART approaches the asteroid, it will be relaying images of the asteroid back to NASA researchers, which will then use the acquired data to further their knowledge about Dimorphos and its parent asteroid Didymos, but also other asteroids like them floating around in space.