Ahead of the Thanksgiving celebrations, AccuWeather forecasters have warned of an incoming storm that is expected to cause major travel delays across certain parts of the US.

Forecasters have predicted that two major weather patterns could cause extreme delays in parts of the Midwest and Northeast, as a wintry storm is developing over the central Plains on Sunday, and another storm that will spawn out of the Atlantic Coast one to two days later. AccuWeather Chief Meteorologist Jon Porter said, "We could be looking at a huge mess and a real wrench in holiday travel."

Reports state that the first storm will begin brewing over the central Plains on Sunday and will then move northeast to reach Great Lakes by Monday. It will then move into central Ontario or western Quebec on Tuesday, and all throughout its journey AccuWeather reports, "It is likely to strengthen rapidly enough to be classified as a bomb cyclone as the central pressure of the storm could plummet 0.71 of an inch of mercury (24 millibars) within 24 hours."

As this is a possibility, forecasters are warning that heavy snowfall could occur across the following states: Minnesota, northern Wisconsin, northern Michigan, and central parts of Ontario and Quebec.

If you are interested in reading more about the coming storms, check out this link here. 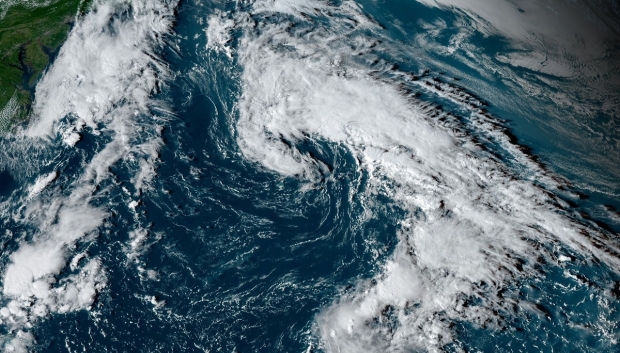