A NASA spacecraft snapped some images of the dark side of Pluto while it was making an approach with the dwarf planet back in 2015. 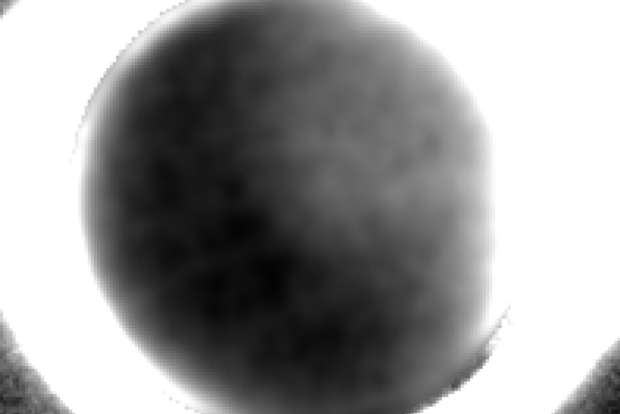 NASA's New Horizons spacecraft turned around to take some images of Pluto's dark side while it was passing by the dwarf planet in 2015, and after some post-processing, the images revealed some interesting information about the side of Pluto that wasn't illuminated by the Sun. Tod Lauer, a member of the New Horizons team, said, "When you look back at Pluto's dark side, you turn around and look almost right at the Sun, and it's pretty damn bright".

Lauer continued and said, "It's like driving in a car with a dirty window, looking into the Sun without a sun visor, trying to read a street sign." Pluto's main moon named Charon, is much smaller than our moon and resides much closer to the planet. For these reasons, the moon provides faint illumination to the surface of Pluto that is facing away from the Sun. After cleaning up the image by removing parts of it that were overexposed, the researchers found that the south pole of the dwarf planet was less bright than the north pole - something that wasn't expected at all.

Lauer explains, "You expect the poles should be more or less the same, and this difference is intriguing - it may indicate a seasonal thing".