Astronomers have an extremely valuable opportunity to learn about the relationship between the formation of planets and moons.

Researchers used the Atacama Large Millimeter/submillimeter Array (ALMA) to observe a planetary system that features a Jupiter-like exoplanet. The star at the center is called PDS 70, and a large amount of material surrounding it. This material is called a circumstellar disk. Located inside the ring of material is the Jupiter-like exoplanet, and from the data, the researchers know that the planet also has its own disk that is referred to as a circumplanetary disk.

These disks are the formation of celestial objects such as the moon and planets, and now researchers have an opportunity to watch the formation of a potential moon within this system. The researchers suspect that the amount of material that surrounds the star is enough to form three satellites that would be the size of our Moon. If you are interested in learning more about this planetary system, check out the above video that has been released onto the European Space Agency's YouTube channel. 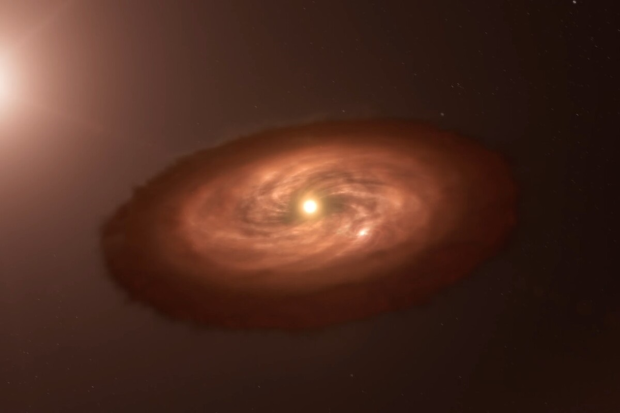