NASA's Perseverance rover is back online exploring its surroundings and doing what it does best, take samples of the Martian terrain.

In a new post on NASA's official Twitter for the Perseverance Mars Rover, the rover writes in first-person that it has looked inside "something no one's ever seen". The post continues and explains that a small patch of rock was abraded to remove its surface layer so observations could be made for what was inside. In a separate post, two more images were released that show some layered rocks may have formed by water millions of years ago.

The rover continued and said that these could hold clues about the history of the rocks and, therefore, the geological evolution of the area. Perseverance is tasked with examining viable areas for inspection and finding rocks such as these are essentially gold mines of information for researchers back on Earth that are trying to understand Mars' history. Perseverance is also taking samples that are stored on the rover until they are transported back to Earth. 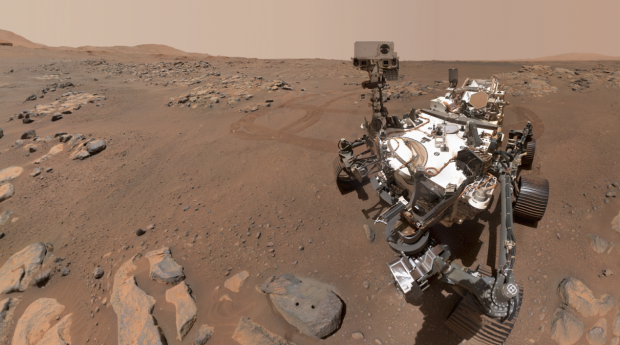