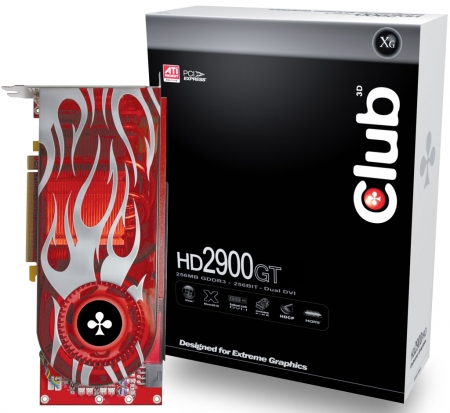 On an interesting note, the PCB of the card on the picture above is not the same as the one used for the 2900 XT/Pro, as it only features an 8-pin PCI Express power connector and it has some odd holes at the rear that looks very much like screw holes. The power regulation also seems to have been redesigned, but the card appears to use the same heatpipe cooling as the other 2900-series cards.

Club 3D will ship a DVI to HDMI and a DVI to D-sub adapter with the card as well as an S-Video and a component video out cable and a Crossfire bridge connector. We don't have a price or an exact date of availability as yet.