The Grand Theft Auto franchise just broke Q2 records with over $247 million earned during the quarter.

Take-Two Interactive just published its 10-Q report detailing info on GTA sales. Based on historical data, we can extrapolate the figures and compile them in a graph. The results are pretty interesting. 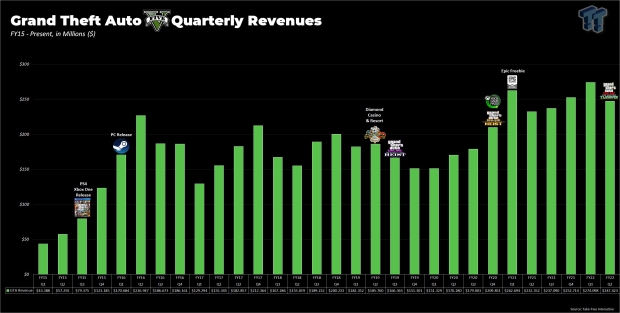 Based on our findings, the Grand Theft Auto franchise made about $247.423 million in Q2 Fiscal Year 22. This is a record-breaking Q2 that delivered the best earnings since GTA V's release. To date, Grand Theft Auto V has propelled franchise earnings to $6.925 billion since launch in September 2013.

Game sales are likewise up. GTA V has now sold-in 155 million units worldwide, and Q2 is the fourth consecutive quarter where the game has sold 5 million units. GTA V is selling more copies per quarter than some games sell in their entire lifetimes. 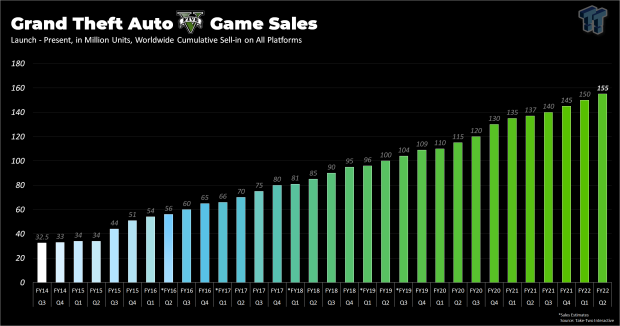 GTA sales are set to surge with the release of the Grand Theft Auto trilogy remaster this month, which should see franchise revenues surge to new all-time Q3 highs since GTA V's launch.