Halo Infinite's campaign has changed dramatically since its disastrous 2020 reveal. 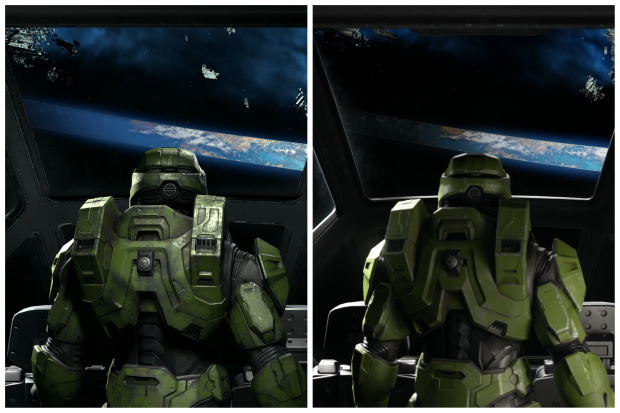 While most of the trailer looks great, we're still a bit worried about those draw distances especially on Xbox One consoles. They don't look too great even on the higher-end hardware that the footage was captured on--we're betting it was on PC or Xbox Series X. 343i was also quick to clarify that not every scene was actually in-engine (like that amazing Escharum screenshot seen below). To showcase the differences between the new and old footage we've put together a bunch of side-by-side screenshots to help illustrate how much the game has changed in a year.

Check out our multiplayer side-by-side screenshots to see just how dramatic the changes have been.