Not even two weeks ago, Oculus released the last ever Rift-exclusive title. But you may not have even realized it because the marketing campaign was almost non-existent. Contrast Lone Echo 2's launch with today's Resident Evil 4 VR release, and the difference may shock you. It's absolutely obvious where Facebook wants you to focus. 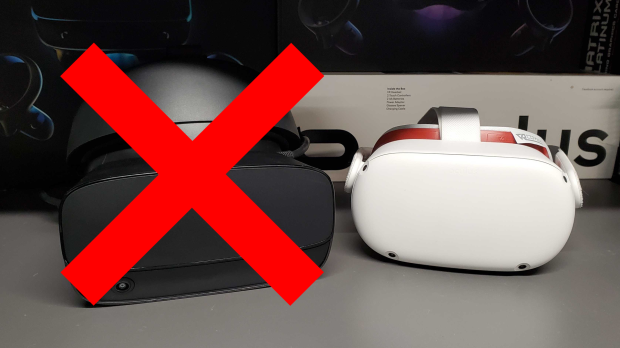 Resident Evil 4 VR just landed on the Oculus Quest, and Oculus sure wants you to know that. The company has been playing around with social media drops and easter eggs for this game for a few weeks now. The Oculus Twitter page is plastered with RE4 content, and if you go to Oculus.com, you'll find a video of RE4 in action right on the front page.

The marketing behind Resident Evil 4 VR is really quite brilliant. Oculus put together an amazing website demonstrating what the game is like and what's possible with modern web design. I would recommend you check it out, even if you don't care about VR. It's just a really cool website experience.

The company's video marketing campaigns are also pretty impressive - especially the commercial they released in Japan. This is probably the most intense advertisement I've ever seen and easily the best depiction of the madness that Resident Evil in VR would be.