A swarm of earthquakes has impacted a volcano in the United States. Officials have recorded 33 earthquakes in just 24 hours. 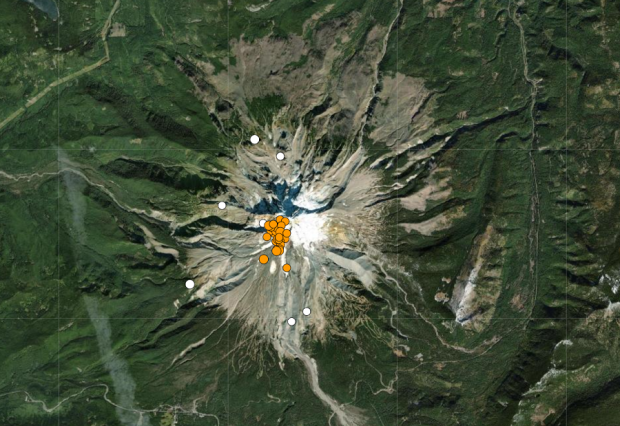 The US Geological Survey's (USGS) Cascades Volcano Observatory (CVO) has detected a new swarm of earthquakes impacting Oregon's Mount Hood volcano. According to officials, Mount Hood is classified as a "very high threat potential". However, the earthquakes it recently experienced are not abnormal and have not caused a change in the volcano alert level nor the aviation color code. The USGS wrote, "Several tens of small earthquakes have occurred near the summit of Mount Hood. This is not a volcanic event."

The USGS continued in its statement and said that the earthquakes began on October 17 and that the largest was an M2.5 at a depth of 1.8 - 3.1 miles below the surface. Additionally, none of the earthquakes were felt, and that swarms of earthquakes hitting the volcano are deemed "common" and "do not indicate a change in the volcanic hazard. Past swarms have lasted several days to a couple of weeks." If you are interested in reading more about the reported activity, check out this link here.