On October 9, the Sun blasted out a slew of charged particles directly at Earth. The result was a low-to-moderate geomagnetic storm taking place on our planet.

Earth has a protective shield against the fury of the Sun, and this protective shield is called our magnetosphere. When the Sun shoots out a coronal mass ejection (CME) - which is a significant release of plasma from the Sun - and it collides with our planet's magnetosphere, it can cause some considerable effects. Depending on how powerful the solar wind is from the blast, the CME can cause power outages, internet disruptions, satellite issues, and more.

Luckily, the event of October 9 didn't cause much damage at all since the blast was only relatively small in scale. However, the effects of the blast were seen across the globe in the form of auroras in the sky. Auroras happen when the charged particles from the solar wind get trapped in Earth's magnetic field and travel to the geomagnetic poles of the planet. The result is the stunning colors we see in the sky. The European Space Agency put together a video that is comprised of an image taken every 60 seconds throughout the duration of the solar storm. The video can be found above.

For more news about the recent event with the Sun, check out the below links. 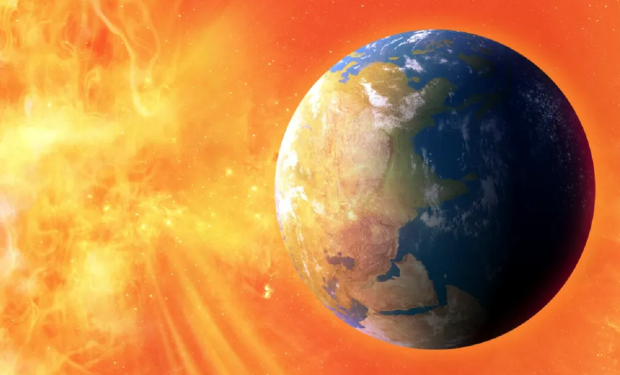