The Sun is entering the most intense part of its 11-year cycle, which means we can expect much more activity from our star.

Activity from the Sun can come in various ways, and it's very important that researchers keep a close watch on our star for any dangerous charged particles heading our way. On October 10, researchers observed an M-class solar flare that caused the eruption of a coronal magnetic ejection (CME) that's headed towards Earth. The National Oceanic and Atmospheric Administration (NOAA) researchers have forecasted the arrival of the CME for October 11.

According to Spaceweather.com and SpaceWeatherNews.com, the CME that is on its way to Earth is expected to spark G1 to G2-class geomagnetic storms. Additionally, reports indicate that if a moderately strong G2-storm happens, residents in the United States may see auroras as far south as a line connecting New York to Oregon. It should be noted that this CME has an extremely low chance of affecting electricity grids on a global scale. On top of that, this is CME is classified as a "halo CME" as CMEs heading directly for Earth cause a 360-degree halo around the Sun. 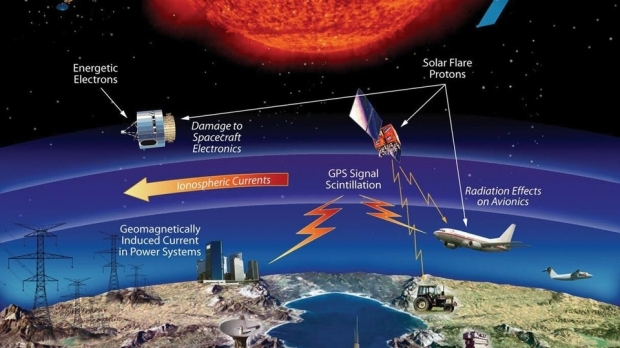