Last week, a large amount of solar material erupted from our star's surface, which then traveled through space, reaching Earth a few days later. 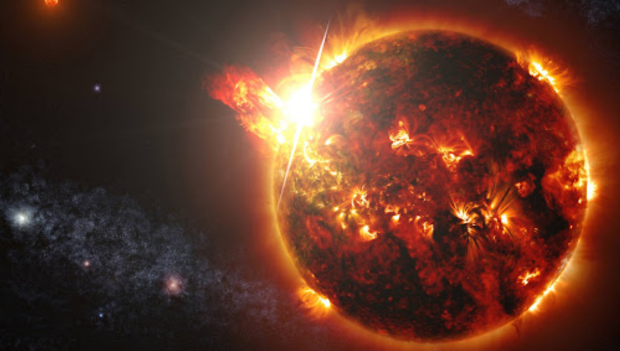 For those that are unaware of this event, the eruption happened on October 9, 2021, causing a coronal mass ejection (CME) blast to hit Earth on October 12. So, what does this mean exactly? Researchers measure the disturbance in Earth's magnetic field by solar wind using the Kp index metric. The levels range from 0, which is considered "quiet," to 9, which is regarded as "intense". The CME that arrived last week elevated the Kp index to a 6, which is considered mild-moderate.

The CME blast was associated with a solar flare that happened from Active Region 2882 that peaked on October 9 at 6:38 UTC. The solar flare was categorized as an M-class, and much like the Richter scale used to measure earthquakes, M-class solar flares are a tenth the size and intensity of the X-class flares. For example, M2 flares are twice as powerful as an M1. NASA's space instruments measured the speed of the solar wind from the eruption to be 610 miles per second, according to NASA's Moon to Mars Space Weather Operations Office.

For more coverage on last week's solar activity, check out the below links.