Cybershoes on Wednesday announced that its locomotion solution is now integrated into a handful of new titles. The company also revealed that the hardware is now available on Amazon. 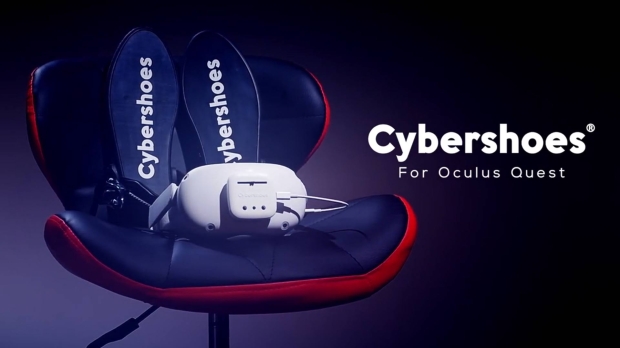 Cybershoes is a VR locomotion system that integrates a 360-degree swivel stool and a pair of shoe covers that track your foot movement. The company makes a version for PCVR and a version for Oculus Quest, and now there's a new list of games that support the controller.

Until You Fall from Schell Games, Contractors VR from Caveman Studio, Grapple Tournament from Tomorrow Games, and Death Unchained from Superbright have all recently received updates that enable Cybershoes support.

"Cybershoes were easy to implement - our team was able to do it in just minutes!" Said Lon Wick of Caveman Studios, the team behind Contractors. "The first tournament was the perfect showcase of the technology behind Contractors, so be sure to tune in to the next one to see even more!"

Along with the new games that support the hardware, Cybershoes has a new distribution partner. For anyone reluctant to order directly from the company, you can now order Cybershoes from Amazon.

"Cybershoes have been incredibly successful on Amazon in America, so we're over the moon to see them arrive in Europe for our fans across the pond!" said Michael Bieglmayer, CEO of Cybershoes. "On top of all that, we're announcing the first NFT series of VR to praise the wonderful community that has helped make Cybershoes a success and continue to grow the VR market."

Cybershoes for Quest Standalone and SteamVR - Use with Your VR Headset