After a successful Kickstarter campaign last year, Cybershoes is now ready to sell the Oculus Quest version of its VR shoes on Amazon.com. The company also announced compatibility with a handful of new games. 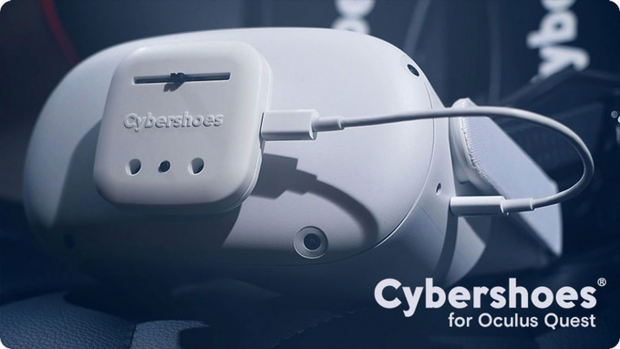 Cybershoes recently fulfilled its Kickstarter obligations, and the company is now ready to sell the Quest version of the VR shoes to anyone who wants them.

"Launching on Amazon is huge for us because it allows easier access to Cybershoes for Quest gamers who might have been on the fence for our crowdfunding campaigns," said Michael Bieglmayer, CEO of Cybershoes. "Not to mention that fans will have a variety of fantastic games to choose from as soon as our box shows up on their doorstep! We can't wait for a whole new audience of VR gamers to experience what Cybershoes are all about."

Cybershoes also revealed a handful of games that recently added or will soon support its hardware, along with the announcement of retail availability. In Death: Unchained is scheduled for an update today that would enable support for the Cybershoes controller, and Carbon Studios added Cybershoes support to The Wizards: Dark Times. Ancient Dungeon will launch later this year with Cybershoes support already baked in.

Cybershoes is also working directly with Team Beef to bring Cybershoes support to the Doom and Return to Castle Wolfenstein Quest ports, QuestZDoom and RTCWQuest, which allow you to play the classic id shooters in room-scale VR.

Starting today, customers in the US can order Cybershoes for Oculus Quest on Amazon for $349.