Elden Ring gameplay footage has leaked out ahead of the game's presumable premiere at The Game Awards 2021.

The new leaked Elden Ring gameplay footage is brief and simple, showing players a small glimpse of the mythical cursed realm of The Lands Between. There's no actual fighting or exploration in the 27-second snippet. Instead the footage sets more of a somber, hallowed, and mystical tone to the in-game world--which is rightly so given the Lands Between are riven by corrupt magics, curses, and horrible abominations.

The gameplay footage itself wasn't all that graphically impressive and may be from an early build, possibly running on a PlayStation 4 devkit rather than a PS5, Xbox Series X, or PC. Let's not forget that Elden Ring's world is seamless without any loading zones so that may be the cause of the lower resolution/visual fidelity. 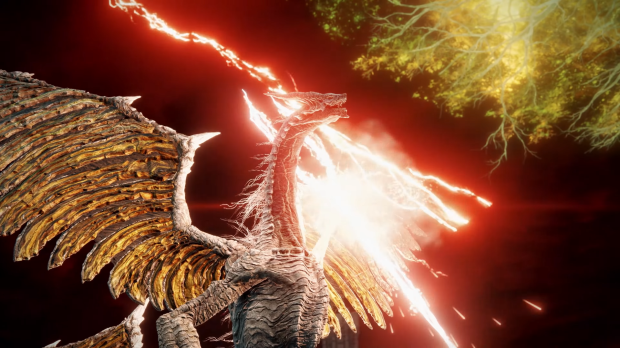 The best part of the quick glimpse is the draw distances, and the massive legendary spirit tree towering over the entire world--it looks like something out of Darren Aronofsky's The Fountain in all of its ethereal golden beauty.

Oh, and there's confirmation of the standard sword-and-shield weapon loadout straight from the Dark Souls games (good news for noobs like me who always need 100% block rates).

FromSoftware is believed to showcase Elden Ring's gameplay in sooth during The Game Awards on December 9, 2021.