The Epic vs Apple trial may be over, but the Epic vs Google anti-trust suit is just getting started. Google has now filed a counterclaim against Epic Games with multiple accusations, including pre-meditated breach of contract. 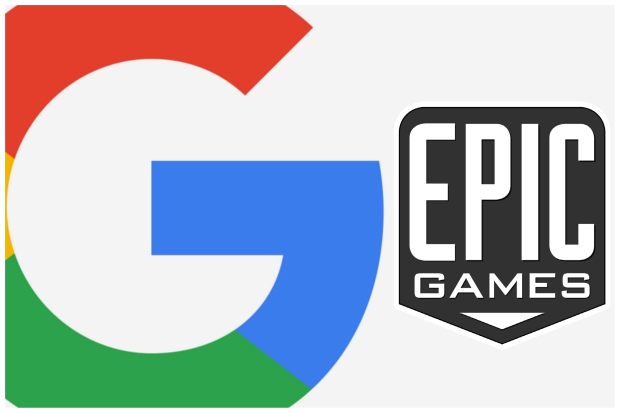 Epic Games mostly lost its trial against Apple--the games-maker didn't get the rights to A) bring Fortnite back to the App Store, B) insert its own internal payment processing store within the game's app--and based on current documents filed from Google, it may also summarily mostly lose its anti-trust case against Google.

The Epic vs Google court case is in full swing and could go to trial. A new counterclaim from Google lays out its case against Epic Games, and the billion-dollar company makes compelling points.

The first major point is that Epic Games willfully plotted breach of contract with Google, an internal agreement called the Developer Distribution Agreement (DDA). Google has acquired multiple emails and documents that show Epic pre-meditated its DDA violation in order to provoke legal action. The plan against Google was similar to Epic's pushback against Apple: Open a third-party payment processing system within the Google Play version of Fortnite without telling Google, and then filing an anti-trust lawsuit when Fortnite was subsequently removed from the Google Play Store for DDA violations.

This time around Epic Games may have a harder time convincing the courts of anti-trust or anti-competitive behavior.

Google has a better case than Apple because it already allows developers to offer apps outside of the Google Play Store. Developers can make .apks available on third-party websites or distribution networks for consumers to download and install directly, and these installs

Google says the plot began in 2019 when Fortnite profits dipped (internal court documents confirm Fortnite earnings dropped 32% year-over-year from 2018 to 2019). The company says this was the impetus of Epic's plan and the DDA violation was motivated by earning more money.

"After lackluster sales in early 2019, Epic began planning its intentional breach of the terms of the DDA in order to "draw Google into a legal battle over anti-trust" and "get[] around [Google's] 30% revshare cut" as part of a campaign internally known as "Project Liberty." Project Liberty was a highly choreographed attack on Apple and Google with two purposes:

(1) Epic sought a systematic change which would result in tremendous monetary gain and wealth, and

(2) Epic sought to challenge the policies and practices of Apple and Google which are an impediment to Mr. Sweeney's vision of an oncoming metaverse," the court document reads.

Epic had submitted a request to avoid Google Play Billing and include its own payment processing system. Epic was denied by Google.

Then in 2020, Epic submitted a version of Fortnite that complied with all of Google's rules, including the 70-30% revenue split.

According to Google, this was an "act of deception designed to provoke litigation; Epic had been working for months on a way to conceal Epic's payment system in an update on both Google Play and the Apple App Store."

But Epic's purported launch on Google Play was an act of deception designed to provoke litigation-Epic had been working for months on a way to conceal Epic's payment system in an update on both Google Play and the Apple App Store.

This undetected update would be accomplished through a "hotfix," a method of app updating without Google's knowledge that would allow the Fortnite app to import data directly from the Epic server.

As Mr. Sweeney described in his Epic v. Apple trial testimony, the hotfix was a server side configuration change which enabled Epic's direct payment system to become available without submitting a new version through the app review process. This hotfix was designed for the sole purpose of allowing users to bypass Google Play Billing in violation of the DDA.

By May 11, 2020, the key components of Epic's strategy were in place: "We submit a build to Google and Apple with the ability to hotfix on our payment method . . . . We flip the switch when we know we can get by without having to update the client for 3 weeks or so."

Google says that anyone who downloaded the non-compliant version of Fortnite--that is the version that allows direct payment processing to Epic Games--continues to have access to the app and can also buy in-game content. Google does not get a share of these purchases, the company says.

"Android Fortnite players who downloaded the app from Google Play continued to have access to the app and to any available in-app purchase products on their devices, even after Google removed Fortnite from Google Play.

"The users that downloaded the non-compliant version of Fortnite before its removal from Google Play are still able to use Epic's hotfixed external payment mechanism to make in-app purchases-allowing Epic to evade its contractually agreed service fee to Google for those purchases."

Google has laid out the following counts against Epic Games (page 38 onward), and is demanding a jury trial for the case: