NASA has released a new incredible image of a supernova remnant that looks an awful lot like a cosmic Pac-Man munching its way across the galaxy. 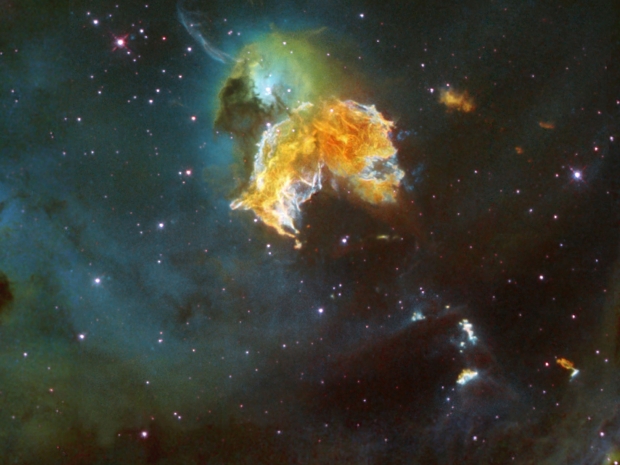 The supernova remnant is called N 63 A, and its located in the Large Magellanic Cloud galaxy. While the image certainly does look like the iconic video game character Pac-Man, it's actually the remains of a violent supernova explosion that happened when a star's life came to a tragic end. The remains of the star are located some 163,000 light-years away from the Milky Way galaxy and inside what is referred to as a stellar nursery (a region in space that contains large amounts of gases that condense into baby stars).

NASA explains that when N 63 A went supernova, it appears to have stalled star formation for other stars in its region, which is the opposite of what usually happens when a supernova occurs. However, NASA says that N 63 A is relatively young, and once it begins to settle, it will likely start to trigger its own star-forming region in space. For more information on this story, check out this link here.