A team of astronomers has identified a mystery that is yet to be solved, and it specifically has to do with a star system located in the constellation of Orion. 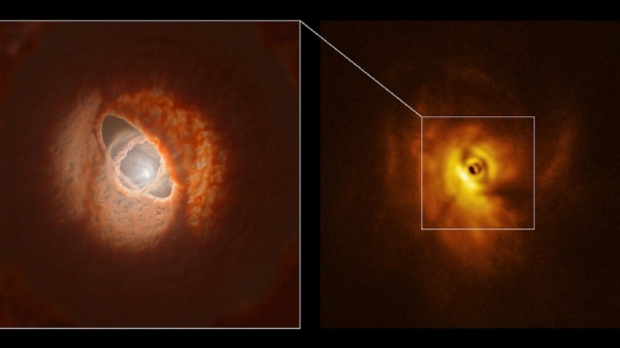 According to a press release from the European Southern Observatory (ESO), a new study published in the Monthly Notices of the Royal Astronomical Society reveals evidence that a star system titled GW Ori, located 1,300 light-years from Earth, has a disk that is divided into two. A good way to think about this is to picture Saturn and imagine that its rings were torn apart. While the mental image of this is easy to achieve, astronomers are struggling to explain why.

The study authors say that a possible reason why GW Ori has a split disk is that a large gassy planet estimated to be the size of Jupiter is present between the rings. However, that planet is yet to be found. Another theory for the split in the rings is the gravitational pull of three stars. The ESO press release explained, "Their simulations showed that the misalignment in the orbits of the three stars could cause the disc around them to break into distinct rings, which is exactly what they see in their observations. The observed shape of the inner ring also matches predictions from numerical simulations on how the disc would tear."

Additionally, Jiaqing Bi of the University of Victoria in Canada, who led a study of GW Orionis, said, "We think that the presence of a planet between these rings is needed to explain why the disc tore apart." 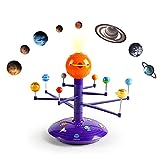