The space race is certainly heating up, and now that there are lawsuits on the table and some companies are upset with decisions made, we are starting to see words fly from the higher-ups. 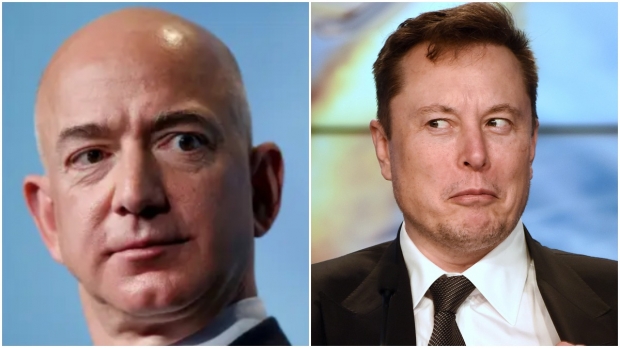 The context for the feud that is currently occurring between SpaceX CEO Elon Musk and Blue Origin CEO Jeff Bezos is that NASA awarded SpaceX with a $2.9 billion contract to build the next lunar lander for NASA's Artemis program that has scheduled a human return to the moon by 2024. NASA originally said it was going to award two companies the contract but later decided to award just SpaceX due to budgeting problems.

Blue Origin moved to contest the decision with the US Government Accountability Office (GAO), pausing SpaceX's construction of the lunar lander until the GAO made a decision. Recently, Blue Origin is moving to sue NASA for the decision, which has further delayed SpaceX's construction of the lander, and as a result, there is now concern about the likelihood of NASA being able to put humans back on the moon in 2024.

Additionally, Amazon has only just recently urged the Federal Communications Commission (FCC) to deny SpaceX from launching second-generation Starlink satellites. Since these events have unfolded, Elon Musk has been very understandably vocal about the situation via his personal Twitter account. Only recently has the SpaceX CEO taken to directly targeting Bezos in tweets.

In a reply to an article by Arstechnica with the headline "Blue Origin hires advisory firm linked to messy JEDI contract process", Elon Musk said, "He [Jeff Bezos] should consider spending some money on actual lunar lander hardware, instead of shady lobbyists".

To see what else Elon Musk has said about Jeff Bezos, check out this link here.