NASA explains that the above image of the Lagoon Nebula was captured with the long-running Hubble Space Telescope back in 1995. The image showcases what is described as "Giant Twisters" that are "analogous" to tornadoes we see here on Earth. NASA explains that the Giant Twisters share the same differences in temperature as tornadoes, with the surface being hot and the interior being colder.

This interaction between the two temperatures creates a horizontal shear that causes the clouds to twist. As for the Lagoon Nebula, the nebula is technically classified as an emission nebula and is located in the constellation Sagittarius. It was first discovered back in 1654 by the Italian astronomer Giovanni Hodierna and is one of the only two star-forming nebulae that are faintly visible to the eye from mid-northern latitudes. For more information on this story, check out this link here. 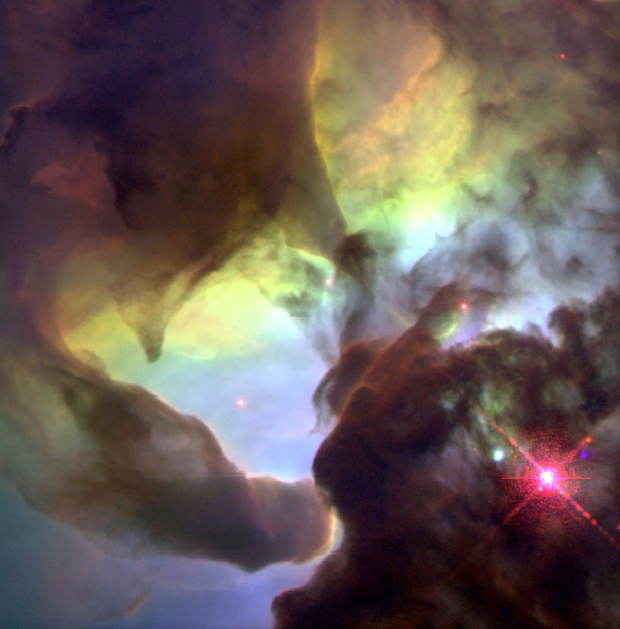