A meteor has been caught on video soaring through the night sky, and ask it passes overhead, it can be seen burning up.

The footage comes from a webcam owned by Solent Ships in Southampton, England, and shows a meteor entering the frame at the top left. As the meteor plummets down towards it's exposed to our atmosphere and air friction, which causes it to erupt into a fiery ball. Luckily, most meteors that enter Earth's atmosphere burn up before they can reach the ground.

The meteor was recorded down to have passed Southampton on Sunday, September 5. In other space news, a robot named CIMON is being brought back to life aboard the International Space Station. Additionally, NASA has admitted that it doesn't have a plan if a UFO actually turned out to be alien life forms, more on that story here. Lastly, a "potentially hazardous" meteor is headed towards Earth, check that out here. 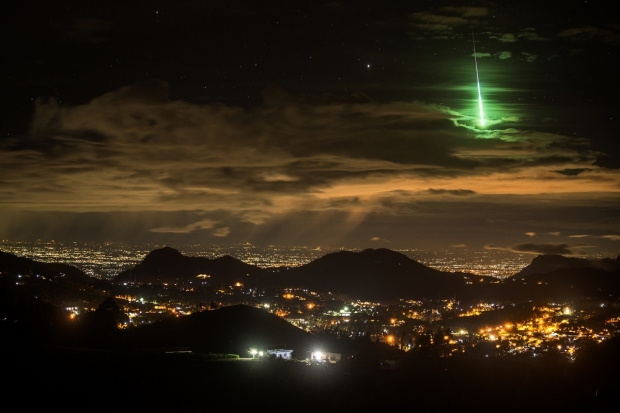