In our solar system, there are four gas giants, and considering that they are gas and not solid, would it be possible for humans to send a space probe through one? 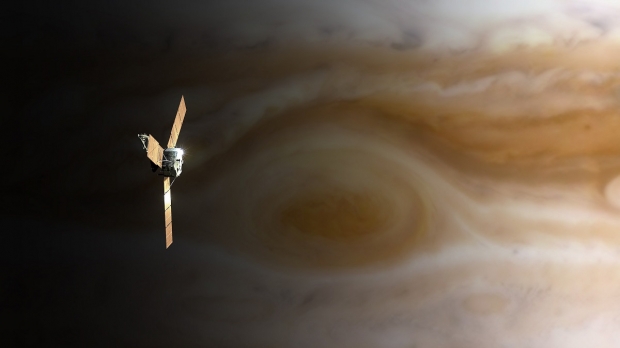 NASA has posed the question to themselves in the past with the perishing of Galileo and Cassini, two space probes sent to monitor Jupiter and Saturn, respectively. Galileo was close to the end of its mission when NASA intentionally sent it to its doom inside Jupiter's atmosphere, and it plummeted for about an hour before NASA lost signal at around 93 miles inside gas giants atmosphere.

So, would it be possible to fly a specifically designed space probe through a gas giant? According to Leigh Fletcher, who's an associate professor of planetary science at the University of Leicester, UK, "no" and for a few reasons. Fletcher explains that the pressure close to Jupiter's center is around 10x the pressure recorded at the bottom of Earth's Mariana Trench. Additionally, Jupiter's temperatures are extreme, reaching tens of thousands of Kelvins.

Fletcher says that any man-made spacecraft approaching the center of Jupiter would be crushed under the pressure and disintegrate from the heat. For more information on this story, check out this link here.