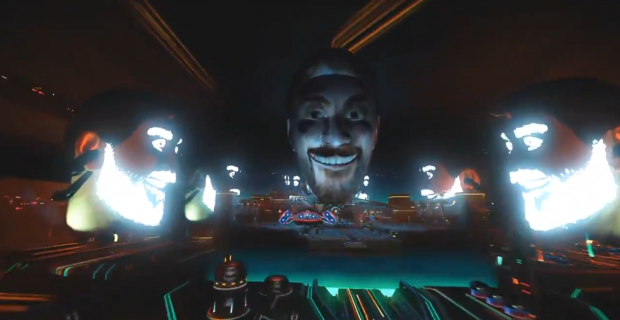 Like all No Man's Sky fans, modder Winder Sun is eagerly waiting the game's new Frontiers update. With no release date in site, Winder Sun decided to put on a lighthearted protest by putting Sean Murray's face into the game.

"For every day the update is not released I will put your head on one additional object in the game. And yes this is a threat," Winder Sun said jokingly on Twitter.

The results are hilarious, disturbing and memeworthy. Seeing Murray's face on everything from exocraft to floating sentinels and blobs reminds me of the old-school Seaman game on Dreamcast. Yes, it's that bizarre. So far there's seven unholy creations in all, including:

Maybe Hello Games will delay Frontiers' reveal just to see what Winder Sun can do?