Sometimes science can be humorous, and a team of researchers from Australia, Canada, and the United States who were observing octopuses may have stumbled across one of those times. 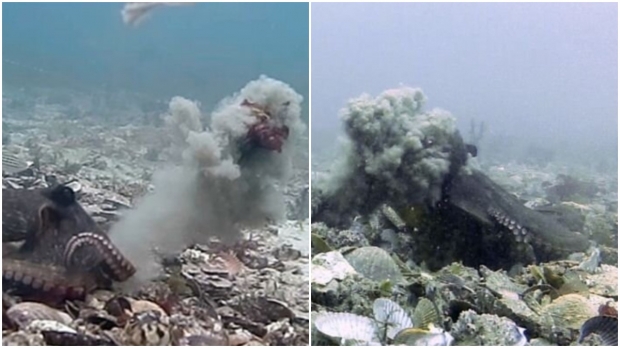 In a new paper that has appeared on the bioRxiv preprint server, which means the paper is yet to be peer-reviewed, a team of researchers observed female octopuses engaged in object-throwing more times than previously anticipated. The researchers traveled to Jervis Bay, Sydney, Australia, and saw that female octopuses throw shells, silt, and other objects at males attempting to mate with them.

Not only do the female octopuses throw the material at the males, but they also hide the material under their body after they have gathered it, concealing it until the time is right to throw it. The researchers observed one female octopus throwing sea material at a male ten times. Additionally, researchers saw males attempt to duck the material and were recorded to be successful half of the time. For more information on this story, check out this link here.