Samsung has just unleashed its new Galaxy Z Fold 3 and Galaxy Z Flip 3 smartphones, but at the same time the South Korean giant has teased its prototype double-folding Galaxy Fold, check it out:

At the IMID 2021 (International Meeting for Information Displays) the company showed off its prototype Galaxy Fold, with its double-folding screen folding in and out like an "S" curve, which looks really cool. It was only a prototype and was obviously changed for the first-gen Galaxy Fold, which has continued on with its small front screen and large inner screen on the Galaxy Z Fold 3.

The prototype double-foldable phone rocks a 7.2-inch multi-foldable OLED panel, with Samsung calling it the Samsung Flex In & Out, which uhhh, I don't think would've been a popular name. Samsung Galaxy Flex maybe? Samsung Galaxy Fold Double? Something a little spicy, at least. 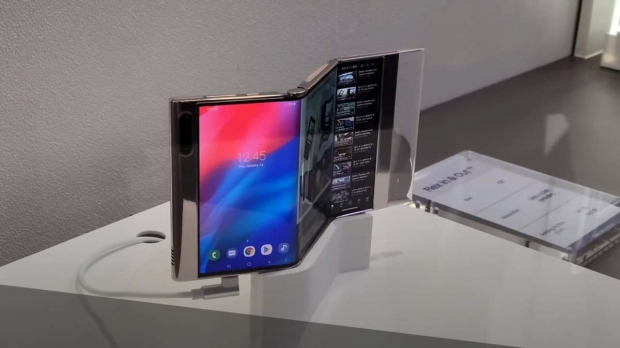