AMD hit the right chord with their Zen 3-based Ryzen 5 5600X processor, offering 6 cores and 12 threads of power on 7nm for the right price in this hectic market. But Intel is about to unleash its new hybrid Alder Lake architecture and with it, a new "mid-range" champion: the Core i5-12600K.

In some new leaks, Tom from Moore's Law is Dead talks about the new Core i5-12600K and that his sources tell him that it "slots in exactly where the i5-11600K does in their lineup. The i5-12600KF does too, and it is indeed also a 6+4 config". I agree with Tom when he says that the flagship Alder Lake processors will of course be fast, but they'll be power-hungry -- but they're overshadowing what the real winner of this real lineup will be -- the Core i5-12600K.

Tom also says that his sources are saying "people are seriously underestimating the performance of Gracemont right now".

He does note that his sources added there will be a Core i5-12600KF model which drops its integrated graphics, but it will also be a little cheaper, too. 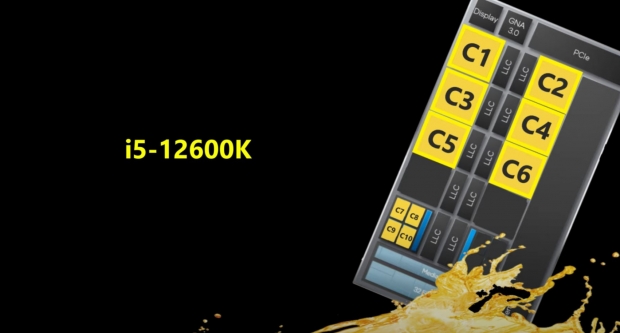