Intel is working on its 12th Gen Core "Alder Lake" CPU family for later this year, ushering in next-gneeration technologies like DDR5 and PCIe 5.0 standards... right at the same time as Microsoft is hyping its next-gen Windows 11 operating system.

In the middle of these is Tom from Moore's Law is Dead, who has tweeted that Microsoft and Intel will be launching their new OS and CPUs "around a spooky time of the year" hinting at Halloween... which is October 31. The two companies are working closely together as they always do, with optimizations for Alder Lake built into the next-gen Windows 11.

Windows 11 will have huge scheduling upgrades, as well as many more tricks under its revised hood, that will be perfect for Intel's new Alder Lake CPUs. Intel's 12th Gen CPUs see the company moving into a new hybrid design, which will have two different architectures on the same package.

Tom says that the new version of Windows comes with "massive scheduling upgrades, and it seems to be coming out around Alder Lake K's launch", adding that it's "not a coincidence people..." and that "yes - Microsoft will unveil "Windows 11" (Or whatever they call it) June 24th. It's a new Windows".

Don't expect upgrades overnight with the scheduling improvements inside of Windows 11, as it will be a few months before software is tuned to take advantage of the new scheduling powers. Intel's next-gen 12th Gen Core CPUs will have up to a 20% single-threaded performance jump, and a huge 2X leap in multi-threaded tasks. 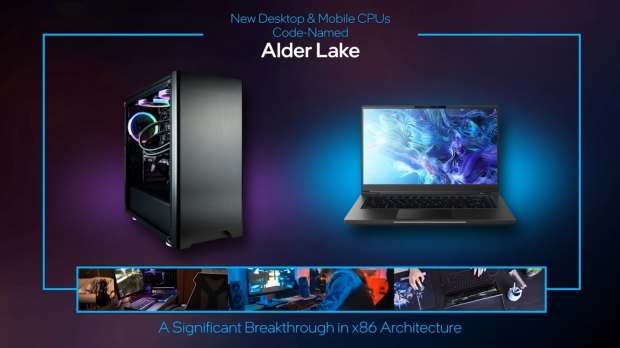