We haven't been hearing much about Intel's next-gen HEDT platform for Alder Lake so far, but now we're hearing whispers of the X699 chipset for new HEDT processors based on the Alder Lake CPU architecture. 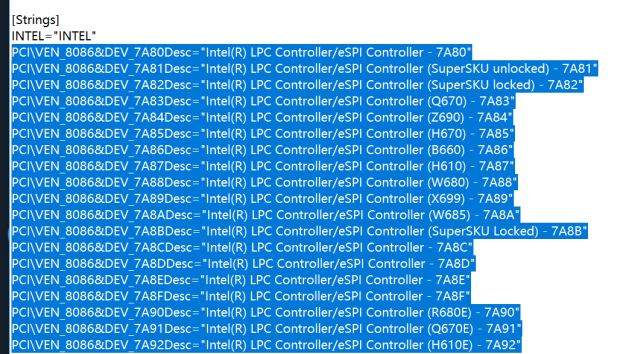 Intel's new Alder Lake CPUs should come with more cores and threads for the HEDT platform, as well as more PCIe lanes, slots, overclocking, and more. Z690 will still be a beefy chipset, but Intel will hopefully be able to better compete against AMD's kick-ass Ryzen Threadripper and Ryzen Threadripper PRO series CPUs with X699 + Alder Lake.

Here's the Intel chipsets teased inside of the new Intel Chipset drivers: