Intel has just confirmed that its next-next-gen 14th Gen Core "Meteor Lake" compute tile has taped in, meaning that the design is finalized and can be completed to tape out the whole chip.

Intel confirmed the news with Executive Vice President & GM of Intel's Client Computing Group, Gregory M Bryant, tweeting out that it was a "Great way to start the week! We are taping in our 7nm Meteor Lake compute tile right now. A well-deserved celebration by the team on this milestone".

The new Meteor Lake architecture should be powering Intel's next-next-gen 14th Gen Core CPUs which are expected in 2023, they will be following up the next-gen 12th Gen "Alder Lake" CPUs coming in 2022 with DDR5 and PCIe 5.0 support and the 13th Gen Core "Raptor Lake" CPUs after that.

Intel will be making its new Meteor Lake CPUs on its new 7nm Enhanced SuperFin technology, with Meteor Lake rumored to pack a hybrid of the Redwood Cove cores and "Next Mont" architectures. Meteor Lake will represent the 4th product series using a hybrid of high-performance and high-efficiency cores.

We should see Intel using the LGA1700 socket for the last time, which will be debuting later this year with 12th Gen Core "Alder Lake" processors and the new 600-series chipset from Intel. 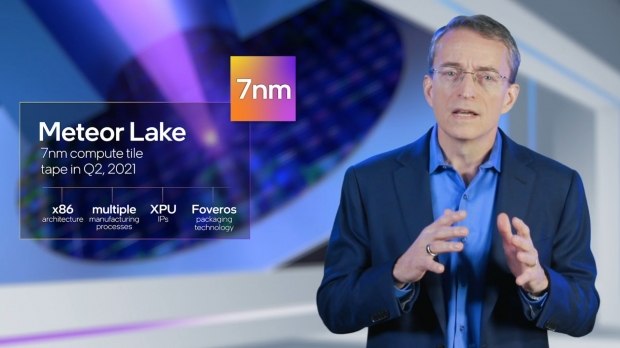