Intel will be launching its new 12th Gen Core "Alder Lake" CPUs in October 2021, just a few months away from now -- and we now know that they should be retaining that old faithful 24-in power connector. 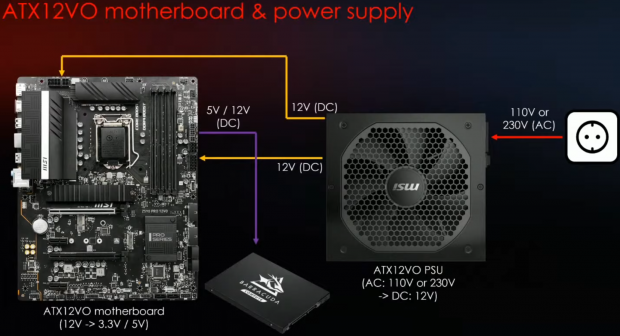 It was actually kind of expected that Intel would push the new ATX12VO standard with their new 12th Gen Core "Alder Lake" platform... but it seems they won't. It would've been nice, as we'd shift away from the bulky 24-pin connector to a much, much smaller 10-pin connector. This would be akin to the big change to the 12-pin connector on NVIDIA's new Ampere-based GeForce RTX 30 series Founders Edition graphics cards.

This doesn't mean that the ATX12VO standard is going away, but I really think Intel could've pushed for it -- maybe not with Alder Lake + Z690, but with a new HEDT release. Motherboard makers can sit there and cry all they want that this is too much of an upgrade for people to do... yet the same motherboard makers have no issues pushing a new generation motherboard each year or two that -- for the most part -- isn't introducing gigantic performance improvements.

Intel is reportedly forcing each motherboard manufacturer to make at least one motherboard with the new ATX12VO standard, which is making some partners provide a 12VO to 24-pin adapter in the box... this is versus actually using the ATX12VO connector on the board.