BREAKING NEWS: This year's mainline WWII-themed Call of Duty will be revealed on August 19 in a special Warzone event, Sony has confirmed. 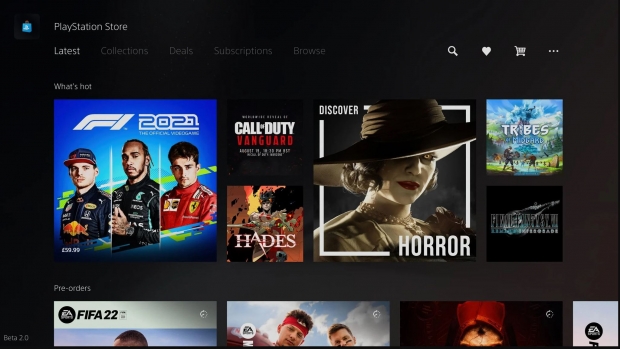 A new advertisement on the PS5 PlayStation Store has outed Call of Duty Vanguard's reveal plans. According to the listing, Vanguard will be announced on Thursday, August 19 at 1:30PM within the free-to-play Warzone. While Activision nor Sledgehammer have yet to confirm the news, we'll probably hear more today or tomorrow about the event.

Recent leaks have outed Vanguard's scope, characters, and apparent alternate timeline with weapons beyond the historical WWII arsenal, corroborating reports made earlier in the year. Activision is extremely confident on Vanguard's success and expects to make a record $8.5 billion in revenues in 2021. The publisher says the game will have co-op, multiplayer, and a traditional campaign alongside a robust amount of live service content.

Reports also indicate Vanguard's planned Warzone integration will kick off the most ambitious update in history, complete with a massive map based on the Pacific Theater.

Activision says that Vanguard has been built from the ground up specifically for PlayStation 5 and Xbox Series X/S next-gen consoles, and leaked promos also confirm a cross-gen bundle so there won't be a free next-gen upgrade this time.